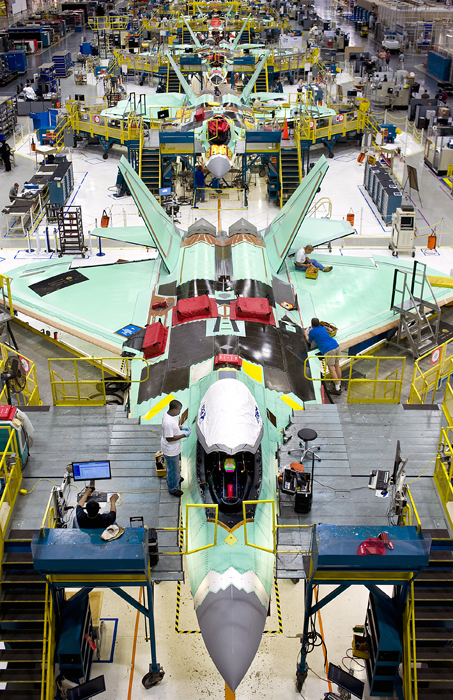 I was invited to be part of the inaugural Lockheed Martin Tweetup class and to visit the Lockheed Martin Aeronautics plant in Marietta, GA for the roll out of the final F-22A Raptor produced. For me it was a great honor to be one of only fourteen of Lockheed Martin’s Twitter followers to received this magical invitation.

Arriving at the Lockheed Martin plant on December 13th it was clear this was going to be a great day. Near record high temperatures for Marietta and clear sunny skies set the scene for what would turn out to be an awesome adventure but not before the first speed bump. Photos are normally a large part of a Tweetup but because of the classified nature of the work at Lockheed Martin, no cameras, anytime or anywhere, would be allowed. Instead we would be limited to the photos taken by the Lockheed Martin provided photographer and stock photos. Moving past that and placing our cameras back in our cars, we checked in and met our hosts for the event, Kimberly Jaindl and Alison Orne. We then boarded the nicest corporate shuttle bus I have seen and rode deep in to the facility to Building B-1, the huge main assembly plant that is four stories high and covers several acres in a massive open space.

Over in Building B-1 would be our pool area and after a quick meet and greet with others in our Tweetup class, we walked out on to the factory floor where the rollout ceremony would be held and were escorted like VIP’s to our seats in the media area. From here we could see the final F-22A tail number 4195 sitting in front of the huge hanger doors awaiting it’s move. We could see across the cleanest factory I have ever seen, the walls and emblazoned with flags, milestones, and slogans such as “Through these doors pass the most awesome fighters in the world” and “A mistake covered up may cost the life of a brave pilot.” Here basking in the spotlights, 4195 still missing it’s stealth coating and is mint green and black. Surrounding 4195 are hundreds of workers who produced this magnificent plane as well as dignitaries and the media.

On stage, the program began with the local F-22 Songbirds singing a rendition of the national anthem. A succession of speakers then took the podium to praise the work that went on with this program. Shan Cooper, General Manager and Vice President of Lockheed, stated “While the Raptor itself is eye watering, the people on team Raptor have made the F-22A what it is today.”

Addressing the crowd, Col. Sean Frisbee, the US Air Force Program Manager, noted that “This is not a funeral, this is a transition, this is only the beginning.” After all the speeches well wishes were given the moment had arrived, Lockheed mechanic Henry Mason climbed aboard the single seat jet, the South Cobb High School marching band began to play, and the large hanger doors opened slowly. The darkened plant was lit up by the sun and a small yellow tug slowly began to pull the F-22A out of the factory as it had done for the 186 other F-22A’s before it. The assembled crowd filled in behind the plane and the fourteen of us walked with the engineers, workers, and managers who built this amazing fighter. We circled around the plant to the front of the assembly building for photographs. It was amazing to see the pride and sadness from these workers who built the F-22A with it’s amazingly precise specifications and tolerances.

Then as the first surprise for our group, we were invited to be part of the team photo for the last F-22A. This was little intimidating as personally we didn’t really deserve to be there, but it was a great honor to be invited as guests and really who couldn’t resist.

After the ceremony we were escorted back inside for a brief lunch and meetings with more personnel who worked on the F-22 program. We met with Tom Wetherall, the director of F-22 Business Development, and had a candid discussion about social media and how it can be incorporated into their business plans. However this was cut short when test pilot Jeff “Trigger” Wallace exclaimed loudly “We’re here!” Accompanying Trigger was chief F-22 test pilot James “JB” Brown. Trigger and JB sat down for a much to short 30 minute one-on-one about their experiences with the F-22. They discussed how the plane has reached the limits of human physical endurance, how the F-22A can pull 9 G’s, how the plane can accelerate and what it feels like, and what it is like to travel a mile every 3 seconds. Finally they signed autographs for anyone who wanted them, which was everyone, and then they were off to prep for a test flight of 4188 which we would get to watch later. 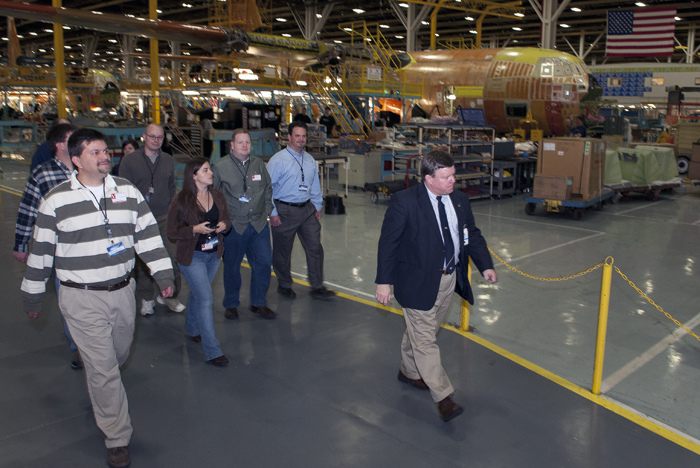 Next up we were off for a tour of Building B-1 and the production lines of the F-22A, the F-35 center fuselage assembly, the P-3 Orion wing assembly and the C-130J assembly lines. The tour was conducted by Jeff Rhodes, Lockheed Martin’s resident historian, and he spoke in great detail on the history and current operations of the plant.

The last stop on our tour was the F-22A cockpit demonstrator, a non-classified near replica of the glass cockpit controls and displays. Lockheed’s Adam Dubinskas, ran us through several missions. I personally infiltrated enemy airspace and dropped a JDAM on a radar installation before downing two Mig-29’s with AIM-120 missiles.

Finally we all moved to a large patch of lawn to await Trigger and JB’s test flight of 4188, however something in their pre flight didn’t check out and the flight was scrubbed. But every day since them when I see a green F-22A flying above my home I get a a smile knowing I’ve met the person flying that plane.

I want to thank Lockheed Martin Aeronautics and all the people there that made the aerospace company’s first tweet-up an excellent experience. Their talented people, generosity with their time, and their knowledge of their products was very much appreciated. this event will always be remembered. 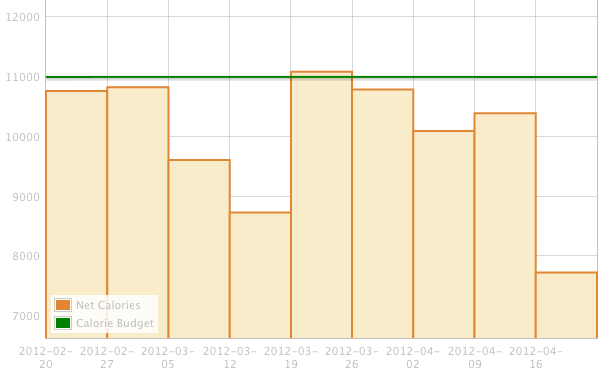